Minimalism – The Art of Letting Go – By Pip McKay

Ok so I admit it! 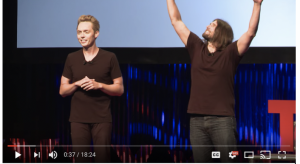 I have fallen in love . . .  with the Minimalists, Josh and Ryan.

It’s all all right. I am still in love with Will, my fiance, too!

So what is Minimalism?

If you haven’t heard, the idea is that your freedom and happiness increases as you get rid of the stuff you don’t need or love.

What Josh and Ryan discovered was the more they rid themselves of their stuff, the better they felt.

I watched their documentary and became obsessed.

What I discovered was:

The more stuff I got rid of the LIGHTER and more ENERGY I had.

I was already happy, however, it added a whole new dimension of FREEDOM and JOY.

Actually, I had expected this but what I didn’t expect was:

My mind had so much more CLARITY. I become laser FOCUSED.

It was easier to CONCENTRATE on what was really important in my BUSINESS and my PRODUCTIVITY soared.

I am normally pretty productive so this was super impressive.

It became really easy to become ORGANISED and look after what I value.

I had more TIME for the people I LOVE.

Perhaps the most exciting thing for me was I started SLEEPING so much better and had such a greater sense of HEALTH and WELL-BEING.

So I really recommend getting rid of stuff, start small, every little bit you do helps. You start feeling it right away.

In fact it is one of the 22 Principles of Success, Love and Happiness.

The Principle is Discernment – discernment is how you make outstanding DECISIONS because you understand what to cut away.

Actually the root word – ‘cision’ – from Latin means ‘to cut away’.

When you make a good decision, in that moment you cut away alll the other possibilities and focus on the one thing, making it easier to bring it to fruition.

After all no one multi tasks when they are giving birth!

We know from the science of business success – that success is based on the sum total of all the decision you make.

The Secret associated with Discernment is Self-Love. When you love your self more than things you can get rid of what you don’t want and focus on what you do.

As Josh and Ryan say: “Love people and use things. The otherway around doesn’t work.”

Here is their 14 minute Ted Talk for inspiration. Click Here or the pic above.

Big hugs and love to you

Previous Post Self Destruction – By Cat Valentine Next Post How to Create a Unicorn: Pip’s Intro Andrew Banks’ Event – By Pip McKay